The Unfinished, Unwritten, and Unlikely

Here's where you can find information about Ethshar stories I haven't written yet.

The stories listed below have not yet been written, and aren't sold. Some of them have been started, but how far they've gotten varies immensely; some are little more than a title and concept, while others are outlined in detail and have the opening written. These don't yet have separate pages; instead, there's a brief description for each below. You can click on any title to jump down to that bit.

I can't say with any certainty that they'll all be novels; some may turn out to be novelets or novellas. I don't think any will be short stories.

Incidentally, it's possible that one or two of these may tell you more than you want to know about previous books in the series, since some of them are direct sequels to previous volumes.

At the end of the list are a few quick comments about other possibilities, and about some titles that used to be on this list but no longer are.

Long ago I had a form that let readers vote on which one they most wanted me to write next, but after I written the top few vote-getters that seemed to be getting pointless, and it was attracting spammers, so I removed it. I still list some of the final vote totals below.

And I list some ideas that weren't on the form. At least one of them really should have been, I just didn't remember it when I was setting the form up; most of them, though, I only came up with later.

Anyway, you can see what I was planning, even if none of these ever happen. Enjoy!

Written, but not yet in bookstores:

Currently being serialized on the web:

That's all the stories I know of that I have thought out in any detail at the moment, though if I dug through my old files I might find more. I also have a list of things that I want to use in stories sooner or later other than actual plot ideas. Some of them might wind up as subplots, or in short stories, but some might become yet more novels.

Readers have asked whether I'll be telling any stories about theurgists, or demonologists, or witches, or ritual dancers, or scientists...

Maybe. I don't know. I think when I finish with the list above I'll be done with warlocks, but there's still more to be said about wizards and some of the other odd groups cluttering up the World. 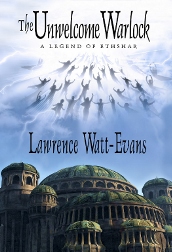 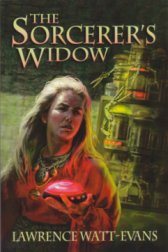 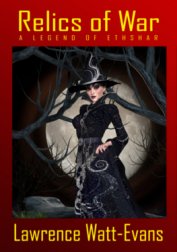