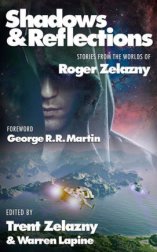 Comments: Finished the third draft, which turned out to involve adding yet another chapter, Chapter Forty-Nine, for a weird little coda. And yes, there’s still an epilogue after that.

It’s done, though, except for a little polishing.

Comments: Finished Chapter Thirty-Three, which wound up full-length, and revised Chapter Thirty-Four. I’ll be inserting one more new chapter, Chapter Thirty-Nine, but right now I don’t know what will be in it, I just know I need it to fit the structure and pacing.

Still haven’t dealt with Evreth’s fate, or the ladders being removed. The soapstone cat still needs that one more mention. I should still double-check the state of Zerra’s bloodstone.

Comments: I’ve written the first half of Chapter Thirty-Three, which is turning out to be longer and more interesting than I expected. Darissa and Merek are weighing their options. Having written fourteen chapters beyond this I know what they choose, but they don’t yet.

Still haven’t dealt with Evreth’s fate, or the ladders being removed. The soapstone cat still needs that one more mention. The clothing is taken care of. I should still double-check the state of Zerra’s bloodstone.

Comments: I’ve added an entire new chapter, Chapter Thirty, about Darissa taking in her situation, and renumbered others. I’ll be adding a new Chapter Thirty-Three, too, also about Darissa. These added chapters will probably all be pretty short, though.

All in all, the current plan calls for forty-eight chapters.

Pretty much everything’s done up through Chapter Thirty-Two; I may need to go back to do some tweaking and polishing, but it’s basically finished to that point.

Once again, I still haven’t dealt with Evreth’s fate, or the ladders being removed. The soapstone cat is mostly done but needs one more mention later. Darissa’s clothing will be covered in Chapter Thirty-Three. Hakin checked on Inza and Reska a few chapters back; that’s done, and I doubt Inza or Reska will ever be mentioned again. I’ll want to double-check the state of Zerra’s bloodstone.

Comments: I’ve been adding in details — explaining family connections, making sure Morvash does the proper research, etc. The third draft is up to Chapter Twenty-Three, which is not quite as far as the second got before I started rushing and then doubled back, but close.

I probably still want more sensory details, odors and background noises and weather and so on, which I’ll add in the fourth draft, which will probably be the final polish before submission.

And I think I want to insert at least one chapter on Darissa’s adjustment to her changed circumstances.

Still haven’t dealt with Evreth’s fate, or the soapstone cat, or Darissa’s clothing, or Hakin checking on Inza and Reska, or the ladders being removed. I need to verify the state of Zerra’s bloodstone, but that may be fine as it stands.

This is a long, complicated novel, so there are lots of details to get right. It is now the longest Ethshar novel to date, and it will get longer.

It is not, however, the most important; the events of Night of Madness and The Unwelcome Warlock have rather more widespread effects.

Deadline: None, but Wildside has sent my agent a contract and they’re thrashing out details.

Comments: The third draft (I never entirely finished the second, but I started from the beginning again) is up to the start of Chapter Thirteen. I’ve been adding details and cleaning up inconsistences — for example, there are now spriggans in the background, some places now have scents, and Hakin’s first scene is clearly and consistently in Southwark near the intersection of Wall Street and Widow Street. (Before it jumped from Camptown, or maybe the north end of Eastwark, to Southwark.) I’ve clarified that the rented house has cellars, added references to Empress Tabaea and to enchanted furniture trying to assassinate Wulran III. I’ve explained a little about Klathoa, which doesn’t really have anything to do with this story but it’s an exception to some blanket statements characters were making; if I ever do use it in a story I don’t want people telling me I contradicted myself.

I still have notes reminding me to clarify what happens to Evreth (but I’m not up to that yet), to mention the soapstone cat again, to make sure I’m consistent about what Darissa is wearing, etc.

I think I’ll be adding some short chapters later in the story.

Deadline: None, but Wildside says they’ll send me a contract any day now.

Comments: Well, that was interesting.

I woke up Monday morning with the clear realization that I hadn’t ended the novel correctly, and that there needed to be another chapter from Morvash’s point of view at the end. At least one.

So I wrote Chapter Forty-Five, eleven pages long, tying up a bunch of loose ends and giving Morvash some closure. I also added half a page to the epilogue, tying up even more loose ends, and a few bits elsewhere.

I now realize I may need to add other stuff, possibly including more chapters from Darissa’s or Hakin’s POV. (I think I have Morvash covered.) These wouldn’t go at the end; they would be inserted at appropriate points.

I fiddled with the chronology more, and am happy with how I have it now. Finally.

I’m still not quite up to The Unwelcome Warlock‘s 127K word-count, but it’s getting close.

Deadline: None, but Wildside says they’ll send me a contract any day now.

Comments: Okay, I’ve cleaned up all the formatting and fixed the dates (for now), as well as doing a very quick revising pass through the second half of the novel. There are now 44 chapters, plus prologue and epilogue. The chapter interweaving gets pretty much random after about Chapter Twenty-Eight — the default is Morvash, but Hakin and Darissa get a couple of chapters thrown in almost at random.

I’m thinking of adjusting the chronology some more; I have fairly cold weather in what would be equivalent to late September, and I think I may want to shift that a few sixnights later.

The longest Ethshar story to date was The Unwelcome Warlock, which WordPerfect puts at 127K (other methods give it a higher word-count). This one’s closing on 122K, and still needs more filling in, so it may catch up or surpass Warlock. We’ll see.

“Marek wants to know what could happen if the spell goes wrong.”

“Oh, just about anything. I could be turned to stone, or we could all become weightless and bump on the ceiling, or monsters could come out of the walls.”

For a moment no one spoke; then Ariella asked, “What’s the most likely way it could go wrong?”